Uganda is one of the must visit destinations for people interested in Africa safaris. Uganda. Uganda crowned the “pearl of Africa” by Winston Churchill in 1908, is a small but incredibly diverse nation. Uganda remains a fascinating yet greatly under explored. The pearl of Africa has over 10 many national parks, several game reserves and many other attractions which keep attracting people to come from different countries for safaris in Uganda. Besides the big 5 wild game; African lion, African elephant, Cape buffalo, African leopard, and rhinoceros, Uganda is home to more than half of the world’s remaining population of gorillas that habit the forests of Bwindi Impenetrable National Park and Mgahinga Gorilla National Park. A tourist on a safari Uganda always add a gorilla trekking safari Uganda in their Uganda safari itinerary for this remains one of the best adventure to do while in Uganda. 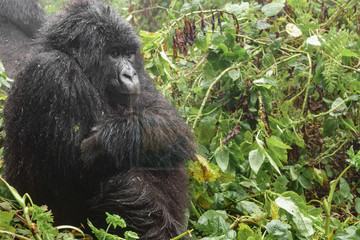 Lake bunyonyi, one of the largest of Africa’s lakes by depth and contains 29 different islands. The lake is located close to Kisoro and Kabale and near the border with neighboring Rwanda. Not just a popular tourist attraction for international visitors, the lake is also a popular relaxation destination for locals. The towns of Muko and Kyevu provide a wide range of lakeside accommodation. The main community is the Bufuka Village, which is mainly composed of members of the Bakiga and Batwa tribes. A popular attraction is to see the traditional dances of the Batwa. Another of the favorite things to do here is to take a cruise and go island hopping around Lake Bunyonyi. The real scene of the lake, however, is the incredible scenery. For its beauty alone, the lake is regarded by many visitors as one of their favorite lake destinations. Because of its vicinity to Bwindi Forest for gorilla trekking, which is the main reason visitors venture to this corner of Africa, the lake makes a fantastic add-on experience to see some magnificent scenery. 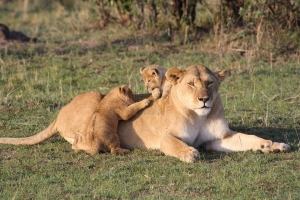 big 5 wild game including a visit to the Ziwa Rhino Sanctuary. As part your adventure in this park, you will do a boat cruise along the wild’s longest river, River Nile, have a very good sight of the world’s most powerful water falls; Murchison falls, hike to the top of the falls to see a rainbow for yourself. Game drives are done in the park in the morning, afternoon, and in the evening as well so if you are interested in adventure, you can do a full day game drive so you explore enough of the park.

The Kasubi Tombs is a burial ground for four kabakas (kings of Buganda) that was first built in 1881 on the Kasubi hill in Kampala. The tombs were declared a UNESCO World Heritage Site in 2001 but were unfortunately destroyed by fire on March 16, 2010.To the people of the Buganda nation (the largest sub-national kingdom in present-day Uganda), the tombs are a symbol of a spiritual, political and social state of its people. Despite the disastrous incident, the site still gets regular visits while the main palace is being rebuilt.

A popular attraction is to visit the equator, which is one of the most famous landmarks in the country. The mark represents the part of the Earth that receives more sunlight than any other and because of this it’s where you find the world’s most wildlife rich forests. Tropical rainforests cover only 7% of the world’s surface but contain 50% of all the Earth’s animals and plants. Uganda is one of the world’s areas where the equator passes straight through the country. The main equator landmark is about 70 km from Kampala towards the south west of the district and it takes about one hour to reach from the city. There are also markers in other areas following the equator as it intersects the country with others placed in the Queen Elizabeth National Park, which is the largest national park in Uganda.With the different equatorial landmarks, you can enjoy some great photographs to document the moment and to imagine where you actually are in the world.

Located in Wakiso district within close proximity to Kampala is the Namugongo Martyrs Shrine. The beautiful shrine’s exterior is made of 22 copper pillars over 100 feet long. The shrine was built to honor 32 young men who were pages of king Mwanga II of Buganda. On June 3rd, 1886 the men were burnt to death for refusing to renounce Christianity. Each year on the anniversary of their deaths, thousands of Christians from across the world congregate to commemorate the lives and religious beliefs of the martyrs. June 3rd, 2015 documented an estimate of two million attendees.

Located approximately ten kilometers from Fort Portal, the cave Amabere Ga Nyinamwiru, or Breast of Nyinamiwiru is thought to have origins shrouded in myth and legend. It is said that King Bukuku of the Toro and Bunyoro kingdoms had his daughter Nyinamiwiru’s breasts cut off after she refused to marry the man he chose for her. Another version says she cut off her own breasts. Today, many visitors to the cave can see stalactites resembling breasts with water dripping from them depositing white calcite. The local guide will tell you the water is breast milk dripping from Nyinamiwiru’s breasts.

Source Of The Nile – Speke Monument:

John Hanning Speke was the first European to reach Lake Victoria and discover the Source Of The Nile. Today, the source of the Nile at Jinja is a prime tourist destination in Uganda. There are fantastic views of the lake. The perfect serenity of the surroundings makes for good picture taking and bird-watching. If you are lucky you may even get to see king-fishes, monkeys, and other animals. Go for a tour on a boat on the world’s longest river, horse riding, do water rafting, kayaking, quad biking, with informative tour guides and stop by the restaurant nearby if you get hungry.

The Bahá’í faith began to take root in Uganda in 1951. Today, the Bahia Temple in Kampala is the only temple that remains in Africa for the Bahá’í faith. Since its completion in 1961, it has received hundreds of visitors from across the world. The beautiful grounds attract many photographers of all calibers. However, visitors are forbidden to take pictures of the interior. Visit the Bahá’í Temple in Uganda for a truly memorable excursion. If you want to learn more from their religious customs, join the locals for service Sunday mornings at 10:30.

A little trek and a bit of climbing are involved, but it is all worth it to see rock art dated back to before 1250 AD. Nyero has three rock shelters that are a good distance apart from each other. They were first documented in 1913 and were a part of the tradition of illustrations in red pigment, common throughout Africa. Be sure to visit Nyero Rock Paintings during your next stay in Uganda. Entrance fee is reasonable and educative tour guides are available.

Rwenzori Mountains National Park promises one of the most attractive and fulfilling treks the world has to offer. Located in the

Rwenzori mountains and nearly 1000 kilometers square (386 square miles) in size, the park was named a UNESCO World Heritage Site because of its extraordinary natural beauty. The mystical park is home to the third highest mountain peak in Africa. It boasts breath-taking waterfalls, high glaciers, the valley of nine lakes, a rich variety of flora and fauna, many endangered species and captivating scenery. Be sure to make an appointment to see one of nature’s most beautiful gifts when visiting Uganda.

Sempaya Hot Springs can be found in Semuliki National Park. Attracting hordes of tourists each year, these hot springs have a geyser that shoots up from a hole at really hot temperatures. In fact, the water is so hot you can boil an egg and eat it in ten minutes. Sempaya Hot Springs’ water temperature is over 1000°C, twice as hot as most hot springs in the world. If you love a good nature tour, the park does not only offer the hot springs but also hosts primate creatures like grey-checked mangabey, red-tailed monkeys, elephants, chimpanzees, De Brazza’s monkeys and pygmy antelopes.

Prime Uganda Safaris ltd has been taking tourist to explore these (and other) most breathtaking wildlife terrain in the world. Many have attested of our services and have recommended Uganda (The pearl of Africa) as a Country worth visiting.

Book a customized Uganda safari with us today and discover for yourself with our well trained and very experienced guides.

About the Author: Samuel Makanga

DO YOU NEED ANYTHING, SEARCH HERE PLACES TO VISIT IN AFRICA